Sléttusveppir ehf. was founded in 2017, but its forerunner was Arctic Angling ehf. It is located in Raufarhöfn, on Melrakkaslétta peninsula in the North East Iceland. Its owner is Ásdís Thoroddsen. Sléttusveppir processes two kinds of mushrooms; Leccinum rotundifoliae, which we call the dwarf birch bolete, since the English name is missing; and secondly the larch bolete (Suillus grevillei). 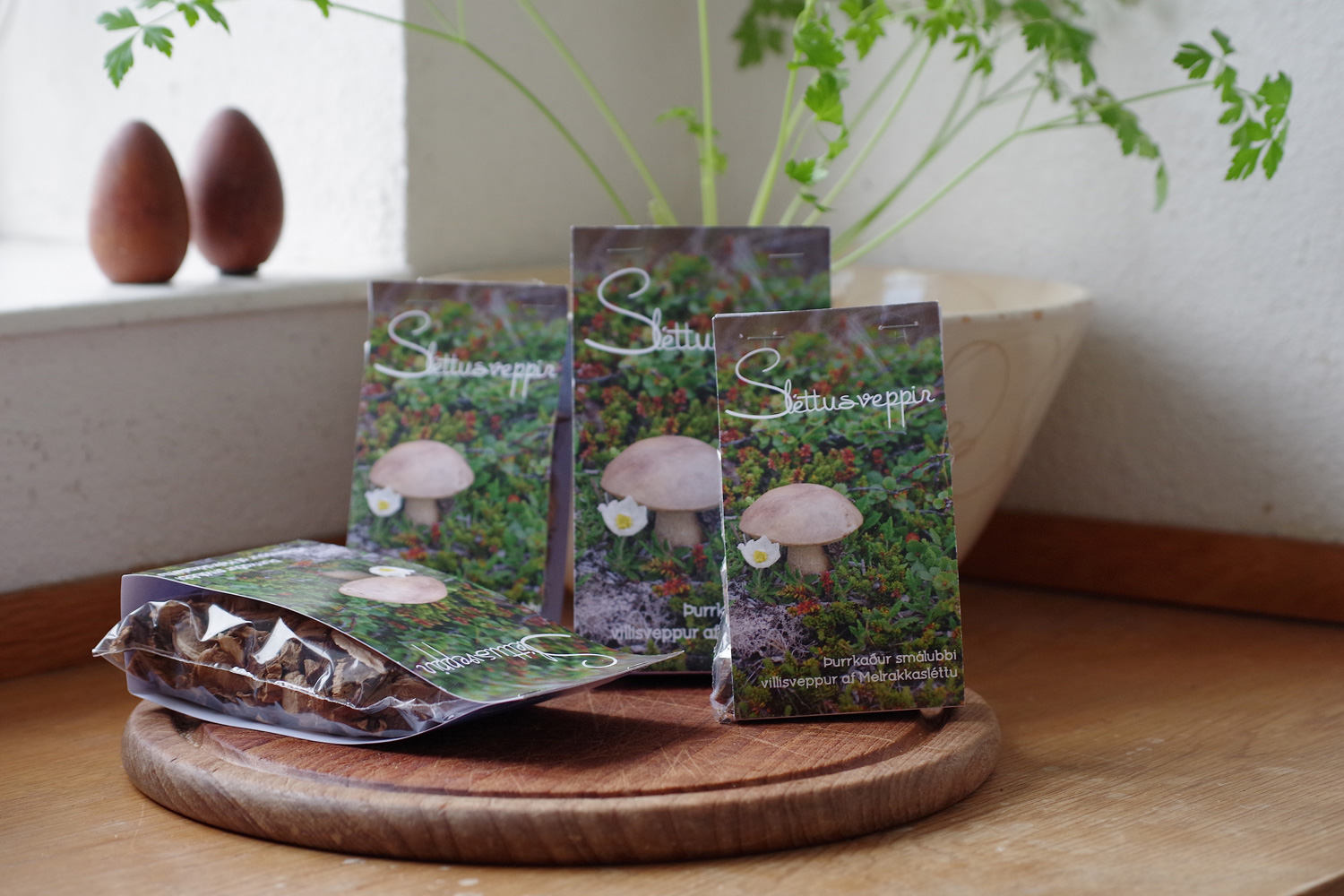 About the Product:
Dwarf Birch Bolete

The dwarf birch bolete is picked on the heaths of Melrakkaslétta, in the Northeast of Iceland. Each mushroom is carefully checked and cleaned before it is chopped and dried. The Sanitary Institution of North East Iceland (HNE) checks both the working process and the accommodation. Matís (Icelandic Food and Biotech R&D Institute) made the analyse of the nutrition values in 100 grams: 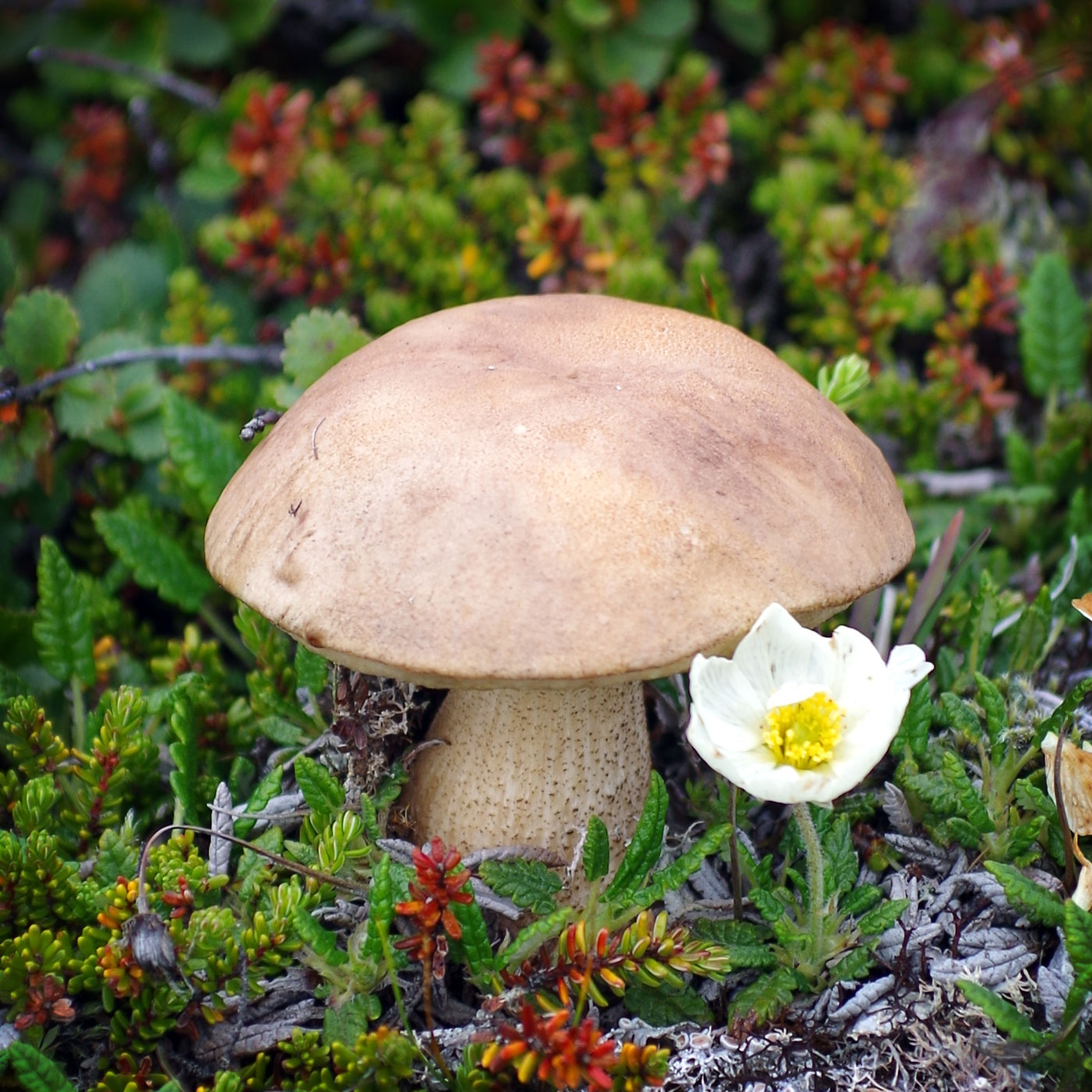 Leccinum rotundifoliae is the Latin name of the mushroom used. The genus Leccinum is easily identifiable in the field, their main distinguishing feature being the small, rigid projections (scabers) that give a rough texture to their stalks. Most Leccinum species are mycorrhizal specialists, associating with trees of a single genus. They have a widespread distribution, especially in north temperate regions.

Leccinum rotundifoliae has a rather small, round hat, often with cracks. It is mainly found on dry and unfertile land with dwarf birch up to 500 m above  sea level. It is found in many places in Iceland.

Leccinum species are generally found in the woodlands of Europe, Asia, and North America. In these places leccinum rotundifoliae has been found. (http://www.discoverlife.org/mp/20m?kind=Leccinum+rotundifoliae).

The larch bolete (Suillus grevillei) Each mushroom is carefully cleaned and the cuticle is drawn of before it is chopped and dried. The Sanitary Institution of North East Iceland (HNE) checks both the working process and the accomodation. Matís (Icelandic Food and Biotech R&D Institute) made the analyse of the nutrition values in 100 grams: 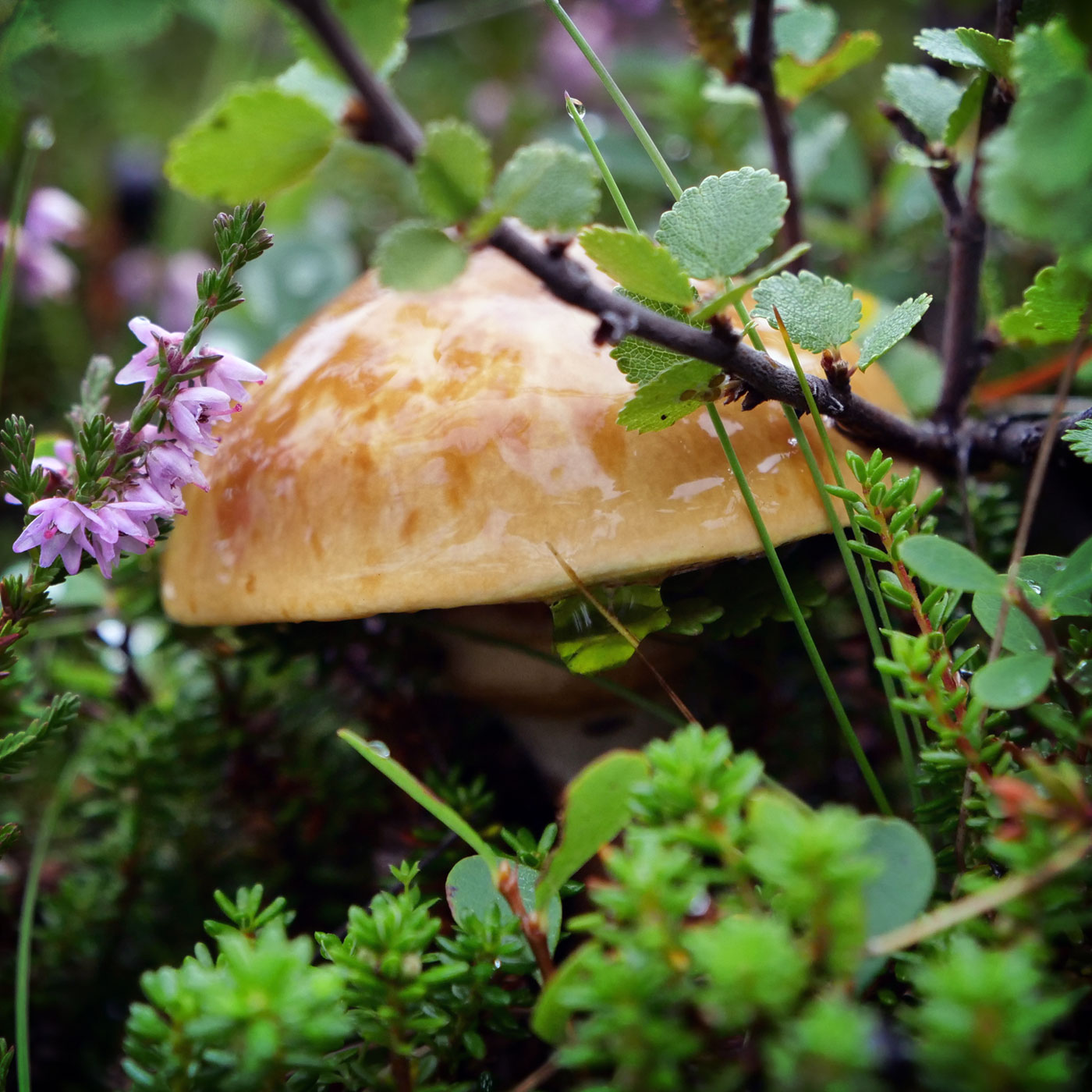 Larch bolete grows only under larch trees. It is widespread in North America and Europe. https://en.wikipedia.org/wiki/Suillus_grevillei